poorhouse |ˈpoŏrˌhous; ˈpôr- |
noun
an institution where paupers were maintained with public funds. To include orphans, widows, the handicap and minor criminals.

almshouse |ˈä(l)mzˌhous |
noun
a house built by a charitable person or organization for poor people to live in.

asylum | əˈsīləm |
noun
a shelter or protection from danger or those too ill to care for themselves;
an institution offering shelter and support to the mentally ill. A refuge, sanctuary, or safe haven.

Before becoming infamously known as Rolling Hills Asylum™ and a widely documented hotbed of paranormal activity, the property was originally named
The Genesee County Poor Farm, often affectionately referred to as
"The Old County Home". 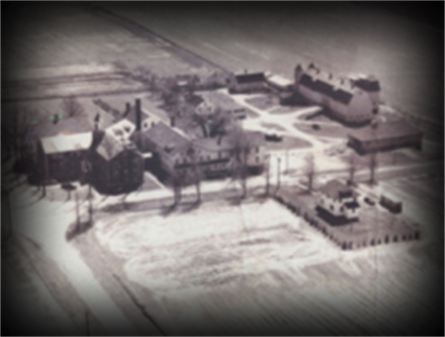 Often resembling a reformatory, a poorhouse often housed orphaned children, families, destitute elderly, physically handicapped, mentally unstable, morally corrupt, even criminals. These institutions were situated on the grounds of a poor farm on which able-bodied residents were required to work; such farms were common in the United States in the 19th and early 20th centuries.

A poorhouse (sometimes referred to as almshouse or asylum) was a government-run facility for the support and housing of dependent or needy persons, typically run by a local government entity such as a county or municipality, and institutions of this nature were widespread in the United States prior to the adoption of the Social Security program in the 1930s.

On December 4, 1826 the Genesee County Board of Supervisors met in Bethany for the purpose of establishing a County Poorhouse. A brick building, originally a stagecoach tavern, located near the corner of the Bethany Center Road and Raymond Road was the site selected, as it represented the geographical center of the county. (Wyoming County wasn’t established until 1841.)


This official announcement, dated December 9, 1826,
appeared in an issue of the Batavia Times newspaper:

“Notice is hereby given that the Genesee County Poorhouse will be ready for the reception of paupers on the first day of January 1827 … The Overseers of the Poor of the several towns of the County of Genesee are requested, in all cases of removal of paupers to the county poorhouse, to send with them their clothing, beds, bedding and such other articles belonging to the paupers as may be necessary and useful to them.”

The following were eligible for assistance:

Habitual drunkards, lunatics (one who by disease, grief or accident lost the use of reason or from old age, sickness or weakness was so weak of mind as to be incapable of governing or managing their affairs), paupers (a person with no means of income), state paupers (one who is blind, lame, old or disabled with no income source) or a vagrant.

In 1828 Genesee County constructed a stone building attached to the Poorhouse for the confinement of lunatics and a repository for paupers committed for misconduct. The insane were also housed at the County Home until 1887 when the Board of Supervisors agreed to send “persons suffering with acute insanity" elsewhere in the state.

The Genesee County Poor Farm aka The County Home, was a self sufficient working farm and woods, spanning over 200 acres, providing food and fuel, thus the actual cost to care for each person was low, about $1.08 per week per resident, back in 1871.

Residents were referred to as inmates (no matter why they were housed there) and those physically able-bodied would work the farm and many actually built and made wares to sell to help offset some of the living expenses. The raising of Holsteins, pigs, draft horses, chickens and ducks, raising vegetable and fruit crops, canning jams, jellies, meats, were all part of the chores, there was a bakery and even a wood shop where coffins were made (for use as needed and for sale to local mortuaries).

The County would bury those who had no family, and records indicate there was once a cemetery located on the property, but the particulars are almost nonexistent. An 1886 Proceeding states “The burying ground we have improved by building a fence in front and grading and leveling the ground as much as could be done without injury to the graves.”

The cemetery for the County Poorhouse has faded away as the stones crumpled, the grass grew and the forest replanted. No one was around to care for those who had so long ago been forgotten. These people, though they were poor, ill and sometime abandoned, do deserve to be remembered. An actual cemetery register or plot map has yet to be discovered.

A memorial site was created in the Genesee County Park and on June 6, 2004 when five headstones, dated from 1887 to 1888, were returned to the County. The Genesee County Historians dedicated a historical marker honoring those who died while living in the County Home from 1827 until the facility was closed in 1974 (residents were relocated to new facilities in Batavia). 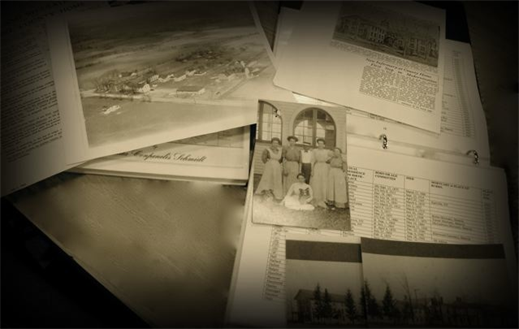 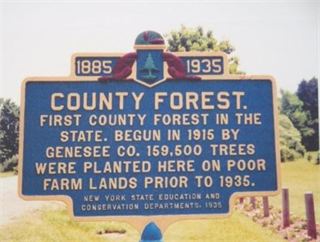 Spearheaded by Genesee County Poor House's Superintendent, George Fleming, thousands of pine trees were planted by the inmates of the Poor House, and many of the trees still remain
from the original plantings. 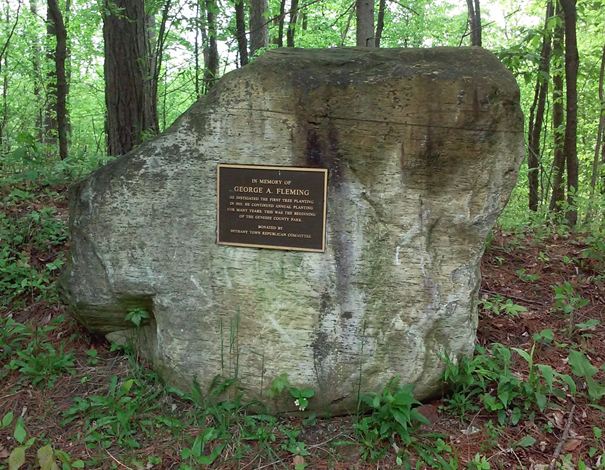 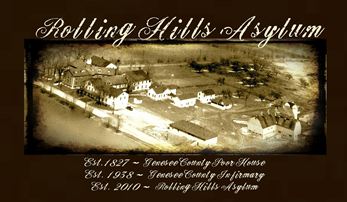 Much of the information was provided by The Genesee County History Dept.
Click Below