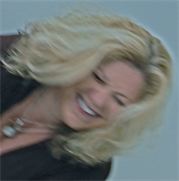 Growing up in a small NH town, in an area rich in local lore and historical locations- Ocean Borne Mary, America's Stonehenge- and forays to country cemeteries to create gravestone rubbing's, all peaked my interest in things paranormal.

Our family home, a large colonial built in the 40’s (the original home had burned down) was built on land that was part of an old King’s grant. Looking back, the house was pretty active (visually and audibly) including unexplained noises, footsteps, and mysterious visitors sitting on the edges of beds- actually causing my elderly Aunt to pack up and high-tail it back to Boston! Disappearing keys and thermostats being pushed to over 90 degrees on hot summer nights, were regular attention getters.

My involvement in paranormal investigation and research is, in large part, due to the hole that has grown in my heart from those I’ve loved and have passed on- leaving questions, suspicions (and hopes) as to what actually happens to “us” after our bodies fail. My intuition and sensitivity seems to becoming more acute the older I get but, by no means do I consider myself psychic, perhaps a sensitive, though.

I enjoy helping others understand, validate, and debunk, their own paranormal experiences, while hoping to find some answers to the mysterious, and oh-so-far-and-yet-too-close, other-side.

After my mother passed, I revisited my interest in the paranormal by joining several teams until I found one I was comfortable with. Eventually I started my own team, Journey Paranormal Society and also a public group on Meetup - Start the Journey, A Paranormal Meetup Group (which was the largest para-Meetup Group north of San Diego, south of San Francisco and west of Vegas). JPS was a private group focusing in on private investigations and historical locations, where STJ focused on paranormal unity, learning and group events.

Living 5 minutes from indian burial ground and just 20 minutes from the Queen Mary, I enjoyed and am blessed to have been able to investigate many of the notable locations up and down the California coast, in AZ, CO, and so on.

In June 2008 I came to Rolling Hills Asylum as part of a Darkness Radio event and had three amazing nights of activity, including meeting Roy Crouse, the 7+ foot Shadow man, and captured some outstanding evidence. Returning to California I continued on with my teams, however, I would constantly review my evidence from RHA. When I received a call in the spring of 2009 that RHA was closing forever, I was shocked. One thing led to another and on the day before my birthday in October 2009, Rolling Hills Asylum became my new home. 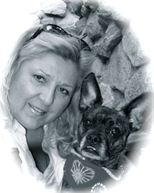 Professionally, I have over 20 years as a location manager/associate producer in film production (commercial, television, film), and over 15 years experience in sales & marketing for OEM trade shows and special events, with a brief stint working with both United Way and The March of Dimes.